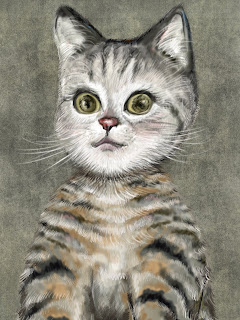 Tojo loves life in his cosy cottage with his adopted little sister, Nelly. He likes to pretend he’s a fearsome tiger and gets them both into lots of mischief. Tojo dotes on his owner, Ben. He purrs and cuddles him like a soppy kitten, especially when no one’s watching. Tojo loves home-cooked salmon treats and sitting on the windowsill meowing loudly at the  outside. 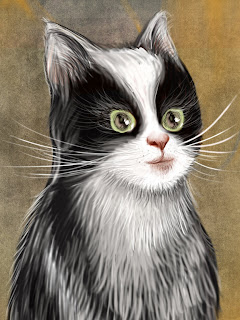 Nelly looks up to Tojo to her older brother and he takes good care of her, even if he does get them both into trouble sometimes. Nelly loves a warm evening by the fire, squabbling with Tojo about who gets to sit on Ben’s lap. She likestoys, especially Tojo’s toys, and scratching Ben’s favourite chair. 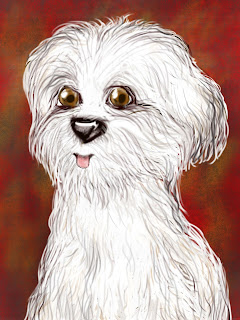 Wookie is a pampered pooch who lives in a trendy house in the suburbs. His best friend is a cat called Copper. Wookie spends so much time with Copper that he sometimes forgets he’s a dog. Wookie likes nothing better than to curl up with his owner, Kat, with the cat. Just like a cat, he purrs loudly and contentedly, which is odd… for a dog. He chases himself too.

Copper likes to know all the latest trends and pet gossip, so she can share it with he best pal, Wookie. She loves to stretch out on the posh kitchen table, shedding orange fur into the fruit bowl. She is straight talking, sassy and kind. 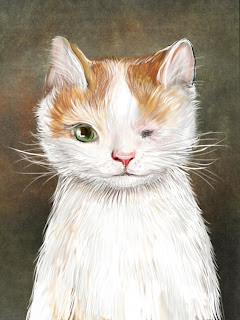 Tommy is a handsome old fellow who lives by the seaside with his best friend, Lilly. Tommy loves to tell young Lilly tales about the old days, and only having one eye, he loves to dress as a pirate! Owner, Mikey, rescued them from a local shelter and Tommy likes to thank Mikey regularly by brushing up against his smart black trousers. 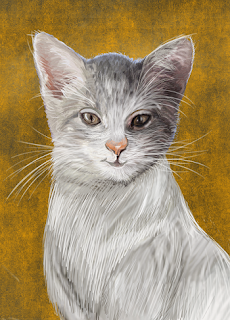 Lilly was rescued by Mikey from the same shelter as Tommy, and she adores him. Lilly loves fancy-dress too, and when Tommy dresses as a pirate she goes as his parrot side-kick. She never fails to make Tommy laugh his whiskers off, and she keeps him feeling young. 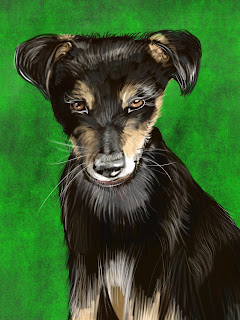 Rocky is a happy-go-lucky little pup. He loves balls even more than he loves bones and biscuits. Rocky is a bit accident prone, especially when it comes to stinging things like bees, he also likes to roll in muddy puddles and shake himself on any unsuspecting passerby. 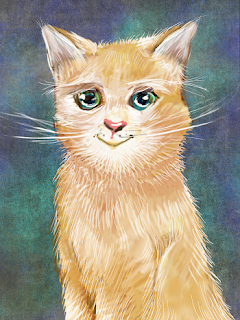 Madame Abigail is an elderly Abyssinian who has a pedigree as long as her tail. She lives with her retired owners and she is more than just a little hard of hearing. Sometimes what she thinks she has heard makes for some hilarious conversations. She still has a mischievous twinkle in her eyes. 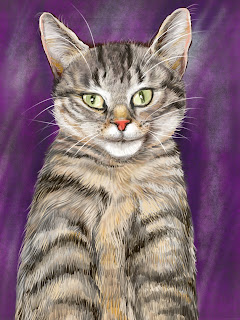 Benson likes to think of himself as the king of his farmhouse. He watches over the children, Zak and James, and is never short of cuddles, games and yummy treats. Like a brave lion, Benson prowls around in the fields, until it’s time to visit the vet… then he is nowhere to be seen! 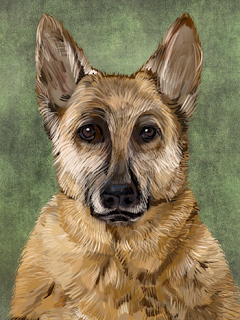 Klaus is a rough, tough security hound with a heart as soft as his fur. Klaus lives in a mountainside cabin with his owner Jimmy, who is a talented artist. Klaus loves long walks in the woods and chasing pesky cats away from his owner’s studio. Naughty Tojo and Nelly like to stroll there, just to keep Klaus on his toes. 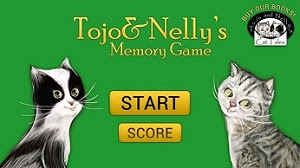 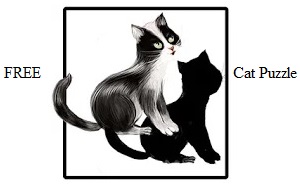